History of the Park

The area encompassing the park around Lake Roland was part of an 18th century land grant from Lord Baltimore to several Maryland families. Lake Roland, now the centerpiece of the Park, was formed much later, in the 1850’s, as a reservoir for the City of Baltimore.

In the 1940’s the land surrounding the lake was consolidated to form Robert E. Lee Memorial Park, with its 450 acres of woodland, wetlands, serpentine barrens, rare plants and rocky plateaus. In 1992, most of the Park was declared a National Historic District — the Lake Roland Historic District — in recognition of its many historic elements, including the Greek Revival pump house, the dam and structures from the Susquehanna & Baltimore Railroad (later, the Northern Central Railroad).

Oversight of the Park passed from Baltimore City to Baltimore County in 2009, and with the help of grant funds from both the State and County, significant improvements were made. The bridge leading into the Park was replaced; there is pedestrian access from the nearby Falls Road MTA parking lot; the shoreline along the peninsula was strengthened; and a one acre off-leash dog park, Paw Point, was constructed. Baltimore County Department of Recreation and Parks also provides on-site staff from sunrise to sunset throughout the year.

On October 14, 2011, County Executive Kevin Kamenetz formally reopened the Park to the public. On September 28, 2015, the park name was changed to Lake Roland.

The former Northern Central Railway (NCR) line in the foreground is now used by the Baltimore area Light Rail system (having been relaid). The line to the left is the Greenspring branch of the NCR, which was also used by the Western Maryland Rail Road (WMRR) to connect trains to its station at Owings Mills. This branch trackage, despite falling into disuse decades ago, is still extant, if overgrown, running from near this vantage point about a mile around the western shore of the lake before petering out. Of the station building shown here, there is now barely a trace. The Relay House, or Hollins Station, at Lake Roland is pictured in a Sun rotogravure section reprinted in the 1950s. Lake Roland is at back with bridge at right. The station, which served the Greenspring branch of the Northern Central Railway, was closed in 1926 and destroyed by fire in 1933. 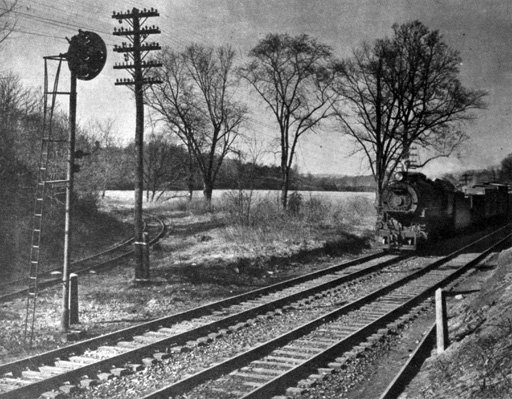